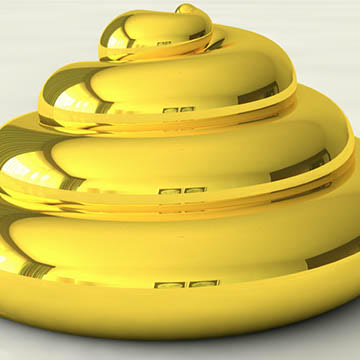 Diarrhea is frequent, loose, or liquid stool, that usually lasts one to two days but can persist for several days or even weeks. Common types include traveler’s diarrhea (caused by consuming contaminated food or water), severe antibiotic associated diarrhea (a side effect of antibiotic use), infectious diarrhea (caused by parasitic or bacterial infections in the gut), and diarrhea due to diarrhea-predominant irritable bowel syndrome (IBS).

Many other causes of diarrhea exist, and therefore, it’s important to uncover the root cause of your diarrhea if it becomes a recurring or persistent condition. If diarrhea persists beyond four weeks it is considered chronic and complications may include blood or mucus in the stool, dehydration, weight loss, and nutrient malabsorption.

The following symptoms are characteristic of diarrhea:

Diarrhea occurs when the absorption of nutrients, water, and electrolytes in the gut is impaired. During impairment, less water is absorbed by the gut, and therefore, more water is present in the stool, giving it a loose or liquid consistency. Many factors can impair the gut’s absorption mechanism, and may include any or a combination of the following:

If you’re constipated and are also having diarrhea, there’s a good chance your diarrhea is caused by overflow resulting from constipation. Stool can leak out around hard, dry stool sitting in the rectum. Or if you’ve been constipated for a long time, the sheer volume of stool in the rectum can overwhelm the sphincter mechanism, causing it to leak out.

If you have hard stool that’s been sitting there a while, the stool above it may be loose because bacteria have been fermenting it. That’s why the initial stool is usually hard, and then it becomes progressively looser.

Antibiotics kill off good bacteria, which leaves the gut susceptible to infection. When you take an antibiotic, you may experience diarrhea just after a couple doses, and it is sometimes accompanied by nausea or vomiting. Ear infections are a great example of antibiotic overkill that can cause diarrhea. Diarrhea can also be a side effect of other medications such as magnesium-containing antacids and osmotic cathartics; stopping these medications if you are experiencing diarrhea may be helpful in uncovering the cause.

An overabundance of antibiotics can also lead to C. diff infection. C. diff is a bacterium associated with antibiotic use that can cause serious diarrheal illness and even death.

When someone whose gut bacteria have been depleted from antibiotics encounters C. diff (often in a nursing home or hospital setting), it can proliferate in the gut, releasing toxins that cause severe diarrhea (along with cramping and bloating) and in some cases pseudomembranous colitis, a severe and sometimes deadly form of antibiotic-associated diarrhea. C. diff is the cause of one third of all cases of antibiotic-associated diarrhea and of most cases of pseudomembranous colitis.

Because of widespread use of antibiotics, C. diff infection now affects 1 percent of all hospitalized patients in the U.S., with a total of 250,000 infections per year and 15,000 deaths.

Ironically, our main approach to C. diff infection has been to treat it with more antibiotics—and not surprisingly, we’re seeing a tremendous increase in the number of infections that are refractory, or resistant, to that treatment.

Studies show that a sugary, starchy, fat-laden, Western diet, along with excessive caffeine and dairy products, encourages the growth of the wrong type of gut bacteria that are associated with diarrhea (as well as allergies and obesity).

If your diarrhea is caused by IBS there are usually additional symptoms like bloating or abdominal pain.

Traveler’s diarrhea is a result of consuming contaminated food or water and can lead to more serious digestive conditions. Recent studies show that if diarrhea persists, it could eventually morph into Crohn’s, colitis, or post-infectious irritable bowel syndrome (as many as one third of IBS patients develop symptoms after an acute infectious event like traveler’s diarrhea) over the ensuing months or years. This development of more serious disease because of traveler’s diarrhea is most likely a mechanism caused by dysbiosis and is especially common after infections with bacteria such as Campylobacter, Salmonella, and Shigella, or with parasites such as Giardia. Although, it’s unclear if it’s the actual infection that causes the symptoms or the microbial imbalance that develops afterwards

Diarrhea is a symptom not a disease and therefore finding the root cause of your diarrhea is important, especially if your diarrhea is persistent, lasting for more than just a couple of days. Persistent diarrhea can lead to more serious conditions such as dehydration, weight loss, and nutrient malabsorption, and should be taken seriously.

Tests that are commonly used to diagnose what’s causing your diarrhea are:

Promoting a healthy microbiome through diet, exercise, and stress reduction, is an important first line treatment for diarrhea, whether it’s acute or chronic, a result of lifestyle factors, or a more serious disease or condition. Drinking plenty of water to counteract the risk of electrolyte depletion is also important to reduce the risk of dehydration. If your diarrhea is a result of your constipation, focus on treating your constipation; once you are no longer constipated and your bowel movements are regulated, your diarrhea will most likely resolve.

Many people treat diarrhea with over-the-counter anti-diarrheal drugs. Although these medications may alleviate symptoms quickly, they do not treat your diarrhea at its root cause and may cover up an underlying and potentially serious problem. If your diarrhea is a result of a bacterial or parasitic infection, anti-diarrheals can make your condition worse by inhibiting the bacteria or parasite’s exit from your body.

Probiotics are helpful in treating diarrhea caused by the following conditions:

Not much is known about the effects of probiotics in the elderly or in very young children, so these are areas where caution should be exercised.

There is evidence to suggest efficacy for FMT, (a procedure which transplants the feces of a healthy donor into the intestinal tract, using a scope procedure or enema, to repopulate and promote the cultivation of healthy gut bacteria) for many causes of diarrhea.

The following conditions have clinical data to support the use of FMT, although FMT is not first line therapy for any of them, and should only be considered after standard treatments, including significant dietary modification and probiotics, have proved ineffective.

While there is anecdotal evidence to support the use of FMT in the management of these diarrhea-causing disorders, we’re still waiting on more extensive clinical trials to document a clear benefit.

Although there is evidence to suggest efficacy for FMT in diarrhea-predominant IBS, the results are not as dramatic as for C. diff or IBD. It’s possible, if not likely, that dysbiosis is the root cause of symptoms in some people with IBS, but we don’t have a good way to identify that subset of patients. Post-infectious IBS that develops after a bout of dysentery, traveler’s diarrhea, or IBS in someone with a history of lots of antibiotic use may be features that predict a favorable response to FMT.

Diarrhea is a symptom, not a disease, with a wide range of causes that can include thyroid disorders, inflammation in the gut, food allergies, medication side-effects, parasites and more.