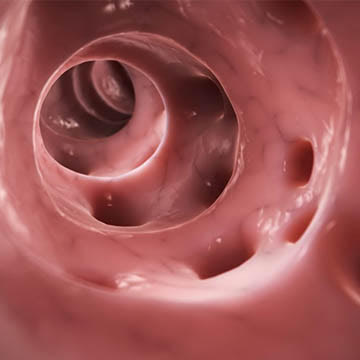 Diverticulosis is characterized as a narrowed sigmoid colon due to bowel wall thickening and diverticular orifices (or potholes) in the lower part of the colon. Diverticulosis is widespread but often overlooked and is one of the most common digestive conditions in people over 50. It is also a growing problem for younger individuals. Caused by small hard bowel movements because of a diet low in fiber and high in animal products, diverticulosis is irreversible, but progression and complications are preventable. Diverticulosis is not a risk factor for colon cancer, is very amenable to dietary treatment, and doesn’t require intensive medical intervention like other digestive conditions but may progress into a more serious condition called diverticulitis.

Symptoms of diverticulosis include:

People with symptomatic diverticulosis may feel like they have a bladder, pelvic, or ovarian problem. A thickened sigmoid colon can press against the bladder, irritating it and leading to frequent urination and a feeling of pressure, which can mimic a urinary tract infection.

Complications also include bleeding from the rupture of superficial blood vessels inside the diverticular orifices. Diverticulosis can progress into a more serious condition called diverticulitis, in which the “potholes” can become infected or inflamed.

Diverticulosis is a result of a diet too low in fiber and too high in animal products; high pressure develops in the wall of the colon when it must contract more vigorously to expel small, hard stool characteristic of a low fiber diet. This leads to small bulges, which eventually become the orifices (potholes, pouches, or pockets) characteristic of diverticulosis and can trap stool. Thickening of the muscular wall of the colon, especially the sigmoid, also occurs, creating a strong urge to go to the bathroom with little satisfaction. The foundation for diverticulosis is laid down years and even decades before symptoms appear, and although what you eat now may differ drastically from what you ate as a child or earlier in life, your childhood low fiber diet may lead to the development of diverticulosis in adulthood. We’re seeing a growing number of patients in their twenties and thirties with diverticulosis, a disease that characteristically strikes late in middle age. While diverticulosis isn’t genetic, it’s extremely common in the developed world based on diet, and people from the same family tend to eat the same way, so they have the same risk factors for developing it.

Diverticulosis is often diagnosed as an incidental finding in the over 50 population (more than one third has diverticulosis) during a routine colonoscopy to screen for colon cancer. In most of these individuals, diverticulosis is asymptomatic and is overlooked as an inconsequential finding, and the patient is told they have a “normal” colon. Some of these patients develop symptoms and are diagnosed with irritable bowel syndrome later on, despite the presence of diverticulosis to explain their symptoms.

This misdiagnosis is a result of two factors: 1). Because colonoscopy is usually performed to look for colon cancer or polyps, no cancer or polyps means a “normal exam”. 2). Some doctors see diverticulosis as a natural part of the aging process of the colon. If you have symptoms, be sure you are vocal about them at the time of your colonoscopy or CT scan, and ask your doctor if exam results showed diverticulosis, or ask for the actual colonoscopy report. Notes such as a thickened sigmoid colon or scattered, shallow pockets in the sigmoid could be signs of early diverticulosis. Large crater-like potholes giving the lower half of the colon a Swiss cheese appearance are later signs of the disease.

Early detection for diverticulosis is helpful. Be mindful of initial signs and symptoms of diverticulosis and make a habit of eating a high fiber diet. This will give you an edge on preventing diverticulosis or catching it early.

If you have diverticulosis, early or late stage, the most helpful tactics for controlling your symptoms are lifestyle based:

Caused by difficult to pass bowel movements as a result of a diet low in fiber and high in animal products, diverticulosis is irreversible, yet progression and complications are preventable. 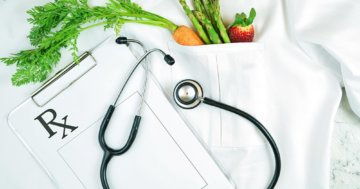 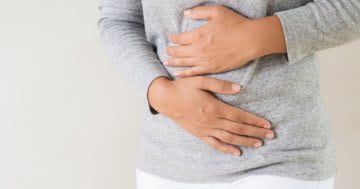