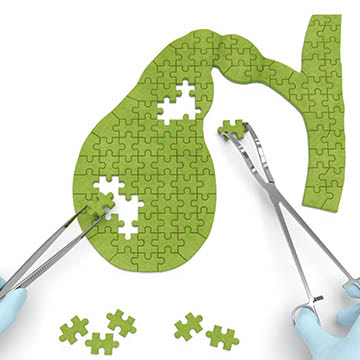 The gallbladder is a small sack located under the rib cage on the upper right side of the abdomen that stores and releases bile. The gallbladder releases bile during a meal to help absorb fats by emulsifying the fat (mixing the fat with watery secretions of the intestines) in with the chyme (the churned food masses in the stomach). A high-fat meal causes the release of more bile, and a low-fat meal causes less. When too much fat and cholesterol is consumed, gallbladder complications arise.

Gallbladder problems are divided into three categories: gallstones, acute gallbladder inflammation or infection (acute cholecystitis), and chronic gallbladder dysfunction (cholecystopathy). Gallstones can be present or absent with either of the last two conditions.

The gallbladder plays a unique role in the complex process of digestion, yet almost a million people in the United States alone have their gallbladders removed each year. Although surgery is necessary in some acute and severe cases, most gallbladder disorders can be treated successfully with lifestyle modifications.

Gallstones can be “silent” which means they are asymptomatic. 75 to 80% of people with gallstones (which is about 10-15% of the population), although they may experience non-specific digestive symptoms like bloating, nausea, or mild abdominal discomfort, have no symptoms that are a direct result of their gallstones.

However, about 20% of those with gallstones will develop symptoms because of a gallstone slipping into the bile duct, causing blockage, and disrupting the flow of bile. In these instances, the gallbladder becomes symptomatic and may cause:

Depending on where the gallstones end up, they can also block the ducts that drain the liver and pancreas, causing jaundice and pancreatitis. If the flow of bile from the gallbladder is obstructed, the gallbladder can become swollen and tender, like a large, pus-filled pimple—a condition called cholecystitis.

Symptoms of acute cholecystitis include:

When the gallbladder undergoes repeated bouts of inflammation, it can become scarred and chronic gallbladder dysfunction, or cholecystopathy, can ensue. Symptoms of cholecystopathy are usually chronic and non-specific and include:

Although an over-abundance of dietary cholesterol is the main cause of gallstones, certain lifestyle behaviors, diseases, conditions, and genetic and demographic characteristics can lead to a predisposition of gallstone formation in some individuals. These risk factors include:

The best and most non-invasive way to diagnose gallstones is using an abdominal ultrasound, in which images are taken of the gallbladder to look for gallstones. CT scans are sometimes used for the same purpose.

A hepatobiliary iminodiacetic acid (HIDA) scan in which a dye solution is consumed to highlight the gallbladder and bile ducts, is administered to assess gallstone blockage as well as bile duct ejection fraction to test for a poorly functioning gallbladder.

An endoscopic retrograde cholangiopancreatogram (ERCP) is sometimes administered and uses an endoscope to look for gallstones blocking the bile duct. If blockage is found, gallstones can be removed during the procedure.

Gallbladder problems are sometimes misdiagnosed, and unfortunately, some individuals only realize this after surgery, when their gallbladder is gone, yet their symptoms remain. The following conditions can mimic the signs and symptoms of a poorly functioning gallbladder, causing nausea, bloating, and abdominal pain:

If you suspect your gallbladder as the culprit of your symptoms, be sure to investigate these conditions to rule them out before considering irreversible treatment options like surgery.

In the absence of a gallbladder condition indicating a clear need for surgery such as acute cholecystitis, gallstones that keep obstructing the ducts, or severe symptoms from a poorly functioning gallbladder, try to hold on to your gallbladder if possible. Symptoms like bloating, abdominal discomfort, and nausea may not be resolved by simply taking out the gallbladder, because even when it’s functioning poorly and causing those symptoms, removing it doesn’t address the fundamental problem behind why it’s not working. The biggest problem after gallbladder surgery is the continued presence of original symptoms, reported in some studies in almost half of all patients who have their gallbladder removed. Even worse, in addition to the original symptoms, which were mistakenly attributed to the gallbladder, new symptoms may develop when the main organ responsible for bile secretion and fat absorption is gone. Without the gallbladder to store and secrete just the right amount of bile after meals, there’s either too much or not enough being circulated. If you thought you had problems with fatty meals before your gallbladder was removed, you may have even more difficulty after. The focus should be on figuring out where things went wrong and why, and fixing the underlying problem, instead of just removing the organ and hoping for the best. You need your organs. Try to hold on to them if possible.

If a gallstone is blocking your bile duct but you’re not as acutely ill, it may pass through on its own, or you may need a procedure called an ERCP where the gallbladder is left in place, but the bile ducts are swept clean with small pipe cleaner-like wires.

A small serving of:

Of course, if you’re eating wild fish there are additional benefits, like omega-3 fatty acids that have anti-inflammatory properties. But the idea that one kind of animal flesh is significantly better for us than another is a construct that leaves us scrambling for chicken breast over hamburger when we really should be thinking about plants versus animals. For most of us, simply increasing the number of plants in our diet, especially the green leafy kind, and cutting back on animal products will take care of whatever gallbladder issues we have, give us enviable cholesterol levels, and help prevent a host of other problems, including heart disease and cancer. The Academy of Nutrition and Dietetics (formerly the American Dietetic Association), recommends that we consume less than 300 mg of cholesterol daily. The difference between an 85 mg chicken breast and an 89 mg piece of sirloin pales in comparison to the fact that fruits, vegetables, nuts, seeds, beans, yams, potatoes, rice, and grains have zero cholesterol. It makes the math a lot simpler.

If you suffer from gallstones and/or a poorly functioning gallbladder, the following lifestyle modifications can not only put you on the path to recovery, but may stop recurrent gallstones and gallbladder inflammation altogether:

If you think your gallbladder may not be working quite right, seek the advice of a doctor and get an ultrasound, HIDA scan, or whatever tests or blood work they recommend. If your problems are more pressing—fever, severe pain, tenderness, abnormal lab values—and you’re told that your gallbladder needs to come out, that’s probably sage advice. But if you’re one of the millions of people with symptoms like bloating, feeling full after meals, mild nausea, and abdominal discomfort, consider the possibility that your gallbladder itself may not be the culprit, even if you have gallstones, and that the problem may be elsewhere. And even when it seems like your gallbladder is the problem, make sure it’s not an innocent bystander caught up in a tangled web of other problems like too much high-fat foods and not enough physical activity. Changing what you eat and how you live is hard but take it one bite at a time. It’s worth it. Particularly when it allows you to hold on to important digetsive organs like your gallbladder.

Indications for surgery include acute cholecystitis, gallstones obstructing the ducts, or severe symptoms from a poorly functioning gallbladder. Other milder forms of gallbladder dysfunction can often be treated with diet. 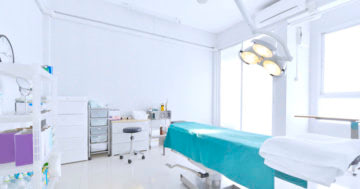 Gallbladder – Leave It In Or Take It Out? 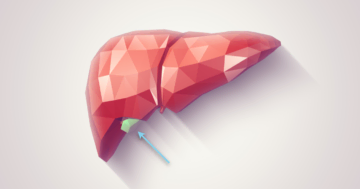