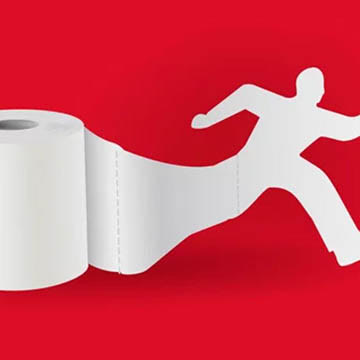 Bowel (or fecal) incontinence is the loss of bowel movement control, which results in the accidental evacuation of feces from the rectum. Bowel incontinence can range from “wet gas,” or gas that is accompanied by small amounts of liquid feces, to a complete bowel movement.

Incontinence often occurs with little or no warning, and the physiological urge to go that is most often experienced before a bowel movement is nonexistent. Bowel incontinence is an embarrassing condition that dramatically interferes with everyday life, especially when chronic.

Common causes of bowel incontinence include:

Arriving at the root cause of your incontinence is the most important step in treating and overcoming it. Once you know the cause, treatment options for that specific condition can be sought out and implemented. Some common treatments for bowel incontinence include:

Medications are often the first line of defense for bowel incontinence, although they shouldn’t be. Your incontinence is caused by a real and definitive factor and using medications may only throw a veil over the cause, leading to mounting complications down the road. Medications commonly used to treat incontinence include antidiarrheal drugs, laxatives, and medications that decrease spontaneity of the bowels.

If your incontinence is due to severe structural damage that is un-repairable using lifestyle modifications, biofeedback, or other methods, in some instances surgery, although a last resort, may be your best option.

Uncovering and addressing the root cause of your incontinence is key to successfully correcting the condition and improving symptoms.