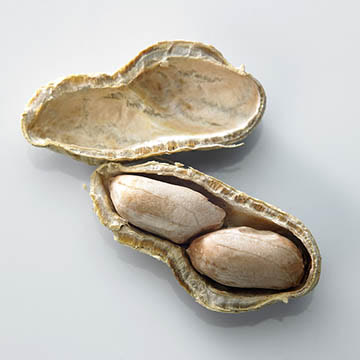 Food allergies, sensitivities, and intolerance are terms used to characterize the body’s adverse reaction to eating specific foods. Although the terms are often used interchangeably, they are not the same.

Food allergies occur when the immune system mistakenly identifies a food as a harmful substance, triggers an immune response releasing either immunoglobulin E (IgE) antibody or T-cells to fight off the food ‘invader,’ and ultimately creates inflammation and other complications, some of which can be life-threatening. Food allergies can occur because of eating, smelling, or touching the food allergen, and the symptoms and body’s immune response to the allergen are always the same.

Food sensitivities are experienced when you eat a food and sometimes experiences adverse effects like bloating and gas, abdominal pain, or nausea, but an immune response isn’t triggered and the body’s response to the food varies with exposure.

Food allergies may cause the following symptoms:

Symptoms of food sensitivities include:

Food sensitivities are also implicated as a potential cause of irritable bowel syndrome (IBS).

The root cause of food allergies and sensitivities is not yet uncovered, although current research points to gut bacteria as the main culprit. While reactions to specific foods are possible and common, for many people their over-reactive immune system is a result of dysbiosis and leaky gut. When the gut lining is damaged and intestinal permeability is increased due to the overgrowth of pathogenic (or bad) bacteria, large undigested food particles that would normally remain in the gut, can leak through, and enter the bloodstream, eliciting an allergic immune response.

To further back up the claim of gut bacteria playing a major role in the cause of food allergies and sensitivities, studies show that wiping out gut bacteria leads to food allergies in mice, and the same seems to be true in humans, where we can trace a direct relationship between the widespread use of antibiotics, especially in children, and skyrocketing rates of food allergies.

Antimicrobial agents, like triclosan (found in consumer products like soap, detergents, and toothpaste) that kill off essential gut bacteria have been linked to increased risk of food allergies. Studies show that those with detectable levels of triclosan in their urine have higher rates of food allergies. Pesticides and preservatives in our food may also aid in altering our microbiome in ways that contribute to the rising trend in food allergies.

Scientists have found a wide range of immune responses in mice fed genetically modified corn, including elevated antibodies and white blood cells of the kind typically associated with allergic and autoimmune reactions. This has led researchers to hypothesize that the dramatic increase in allergic and inflammatory conditions could be related to genetically modified substances. Although scientists have not arrived at cause-and-effect evidence linking GM foods to food allergies and sensitivities, it’s certainly worth considering what the long-term effects of consuming these foods in large amounts might be.

Testing for food sensitivities and intolerance is challenging because blood and skin tests (blood tests measure your immune response to certain foods, while skin tests detect skin irritation because of consuming or coming into topical contact with specific foods) that measure immune responses usually fail to detect them. Even testing for full-blown food allergies can be unwieldy; people sometimes test positive for allergies to multiple foods that they eat every day without any problem, or don’t react to anything on the panel despite documented reactions.

Food allergies can lead to frustration and self-doubt for undiagnosed patients grappling for answers. Many patients come in with tests showing a long list of foods they “can’t” eat, or on their own have used observation and food diaries to assess what’s causing their symptoms and have crossed off most foods on their lists because of possible interactions. That’s why the big-picture approach to food sensitivities is to rehab the microbiome, not just to create longer and longer lists of what you can’t eat. Because gut bacteria are often to blame, microbiome rehabilitation is the best place to start in managing food allergies and sensitivities and can give you a sense of progress when a diagnosis is elusive.

If you are unable to gain a definitive diagnosis as to what foods you are sensitive or allergic to, instead of obsessing over identifying specific foods, turn your focus to rehabbing your microbiome by removing, replacing, and restoring:

Some studies show that replenishing gut bacteria in mice, particularly with Clostridia and Bacteroides species, seems to ameliorate many of the allergies. Although it’s unclear whether that same degree of reversibility is possible in humans, especially when species are eliminated early in life, it does add support to the idea that rehabbing the microbiome is a viable place to start in treating food allergies and sensitivities.

It’s also important to consider the chemicals and genetic modifications that exist in the foods you are eating. In 2010 the American Academy of Environmental Medicine (AAEM) recommended that physicians tell their patients to exclude genetically modified foods from their diets. We’re still learning about the long-term effects of genetic modification of our food, but it makes sense for patients with food allergies, sensitivities, or intolerance to exclude GM foods from their diets. Not because there is a clear link of cause and effect, but because there might be.

The causes of food allergies are multifactorial, but dysbiosis (a disrupted microbiome) and leaky gut (increased intestinal permeability) often play a major role.